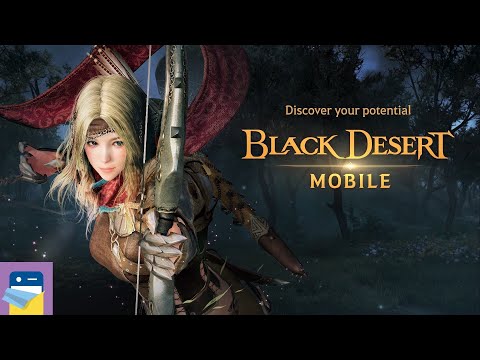 [Moon Young Moon Young -soo] Pearl Abyss, who received unfortunate report cards in the first quarter of this year, emphasized that it will lead to earnings rebound by raising the ‘Black Desert Mobile’ performance in China. In the case of anticipated red deserts, the company plans to create expectations by introducing new videos this year.

Pearl Abyss (CEO Hur Jin -young) announced on the 12th that it recorded sales of W91.4bn in the first quarter of 2022, operating profit of W5.1bn, and net profit of 5.8 billion won. Revenue and operating profit fell 9.4% and 60.4% YoY, respectively, and net profit decreased by 71.9%. It was decreased by 22.5%, 79.8%, and 35.9%from the previous quarter. It is analyzed due to the delayed release of new works such as ‘Red Desert’ and the natural decline of major games such as ‘Black Desert’.

Overseas of the first quarter’s sales accounted for 80%. By platform, 70%of PCs, 24%of mobile and 6%of console. Based on the global achievements of ‘Black Desert’ and ‘Eve Online’, game IP sales increased 4% QoQ.

The Black Desert Mobile, which was launched in China at the end of April, plans to carry out large -scale marketing with local publisher I Dream Sky and Tencent to improve its results. Contrary to the original expectation that the Black Desert Mobile will enter the top five, it has been pushed out of the top 100 in the Apple App Store sales in China.

Kim Kyung -man, chief business officer of Pearl Abyss, said in a conference call, “Currently, China’s Black Desert Mobile Sales is showing a weaker trend.” I couldn’t enjoy it. The fact that I had to set the initial BM weakly under the local regulations also had an impact. ”

“We will compensate for these problems through future updates and provide new characters, base warfare, and enhanced BM to seek sales rebound.” I added.

The next new red desert, goblin, and Plan 8 are also being developed smoothly. In particular, in the red desert, the company plans to raise expectations by releasing more than 10 minutes of play. It also reported that the development of red deserts is being developed with the goal of launching within the year.

Huh Jin -young, CEO of Pearl Abyss, said, “We are creating a new video to show the development of the red desert.”